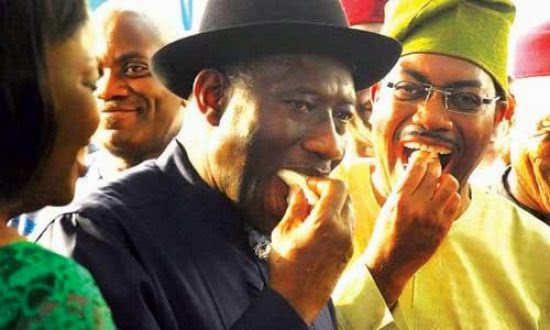 Having faced stiff resistance from strong interest groups in the wheat importing and processing industry, the federal government may have abandoned the cassava inclusion policy and are allowing it to die quietly.

The policy, which was first introduced during the Olusegun Obasanjo administration, mandates flour millers to include five percent cassava flour in wheat flour meant for the baking of bread and the production of other confectioneries.

The policy is expected to save Nigeria about N40 billion worth of foreign exchange, develop the nation’s capacity in the production of cassava, as well as create jobs for Nigerians.
However, THISDAY learnt since its inception, big time wheat millers have given one reason or the other why the policy cannot succeed, seeking that the policy be either scrapped or made optional.
Upon assumption of duty of the present minister of Agriculture and Rural Development, Dr. Akinwumi Adesina, had picked up the policy and tried to drive it using the strong support of President Goodluck Jonathan, but the strong and subtle kicks from operators in the sector have forced the minister to also backdown quietly.
“The policy is known by all to be a well thought out one but it is also going to impact on the profitability of many of the wheat importers and processors in the country as well as the foreign interests they represent. So they will do everything to ensure that it does not work,” a source in the federal ministry of agriculture and rural development told THISDAY.
A wheat flour processor who spoke on the condition of anonymity however said the policy may look good on paper but from inception has always been doomed to fail.
“How can such a policy work. Nigeria is not a wheat producing nation and no matter how hard we try we can never be economically viable in wheat production. And also, bread and other confectioneries made from a blend of wheat and cassava flour is just not good.
“Believe it or not, the average Nigerian consumer is very sophisticated, the bread from composite has low shelf life, poor taste and it is inconsistent. So, the average Nigerian consumer will not accept this product in place of high quality bread made from100 percent wheat flour,” the miller said.
The ministry source hinted that the policy will probably just fizzle away slowly as less and less is heard of it and Nigeria will simply continue to spend about 600 billion annually on wheat importation.
No Result
View All Result