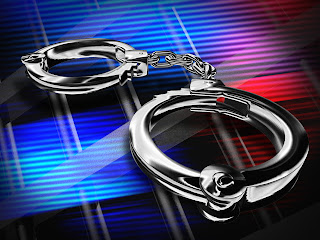 Nemesis caught up with a notorious serial killer of policemen in Lagos, Ogun, Oyo and Osun states who had been on the wanted list of the police in Lagos.
The robbery suspect, Abiodun Ogunjobi (alias Godogodo) who is a kingpin and only a surviving member of an eight-man gang, was arrested in Ibadan, the Oyo State capital by the operatives of the Special Anti-Robbery Squad (SARS) of the Lagos State Police Command led by SP Abba Kyari.
Upon his arrest, two AK-47 rifles, 11 AK-47 magazines, two bullet proof vests believed to have been snatched from slain policemen, 30 live rounds of ammunition and two vehicles, Nissan Primera Saloon Car marked LSR 311 EJ and a Toyota Camry Saloon car marked AJA 497 EP were recovered from him on Thursday evening.
LEADERSHIP gathered that the 36-year-old kingpin owns eight houses (two each in Ikorodu (Lagos), Ilaro, Ifo (Ogun) and Ibadan (Oyo) and does not collect rent from his tenants.
According to a police source at SARS, Godogodo, as he is fondly called, is married to three wives.
It was said, upon interrogation the kingpin claimed he had lost count of the number of policemen he had killed in the past before his arrest on Thursday.
Source: Leadership Newspapers
No Result
View All Result