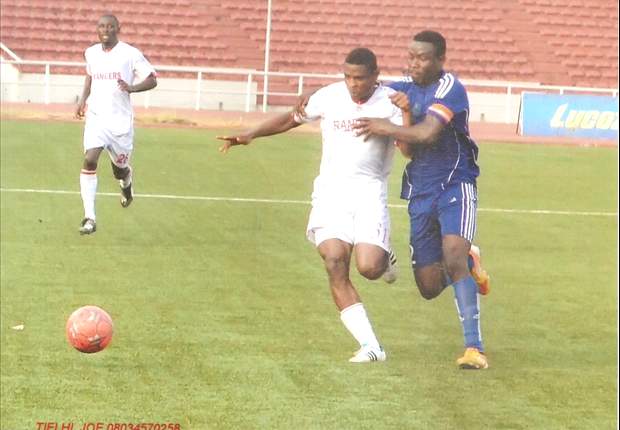 Stanley Onuegbu, central defender at El-Kanemi Warriors has decried the negative impact that home advantage has on the Nigerian Premier League.
Speaking after his side lost 0 – 2 in Ibadan to the Oluyole Warriors, Shooting Stars Football Club of Ibadan, Onuegbu said referees should not be concerned with who is “at home” or “away”.
He told Supersport: “The referees should strive at all times to allow the beautiful game to flow irrespective of which of the sides are at home or away.”
When El-Kanemi Warriors and Shooting Stars locked horns in Ibadan, Raphael Musa and substitute, Osaguona Ighodalo scored at the 52nd and 70th minutes thus giving the Oluyole Warriors the maximum three points from maximum points.
“It was a good game that both sides would have walked out the pitch embracing themselves except the referee’s unfair calls which killed the game for us. 3SC’s first goal was disputable but the referee allowed it to stay however their second goal was good and we were confused while he decided to disallow our own goal.
“The match rightly would have ended 2-1 in favour of the home side and we won’t be feeling cheated as we at present feel. We’ve decided to take the defeat in good faith and march on in our aspiration to take over the top spot on the log.
“We just suffered a momentary setback in that direction but I’m confident we’ll recover the points in our next home game against Kaduna United in Maiduguri.
“We’ve given our words to the government and management to fight for a ticket to the continent in the ongoing league and we’re determined towards achieving the laudable goal,” he told supersport.com.
No Result
View All Result