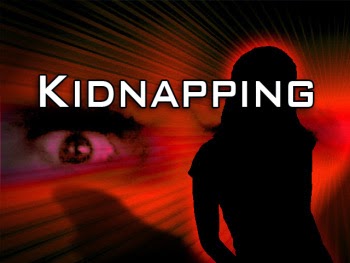 Following the ripples generated by the discovery of a forest where kidnapped individuals were incarcerated and body parts were sold, peace has returned to the area.


Ademola Isola, a 35-year-old commercial motorcyclist and Soka resident, said Soka has been very peaceful. Though he told Saturday Tribune he was not in town when the incident happened, he heard all that happened in Lagos where he’d gone on a visit.

For Ibrahim Ajikanle, a vulcaniser who said he had been doing his business in the area for about six years, the discovery of the house of horror was indeed heart-rending. He claimed he was among the first group of rescuers who got to the scene and that they were the ones who broke the chains with which some of the captives were tied. He advised Governor Ajimobi to come to the aid of residents by locating a functional social amenity on the property.

Yinka Johnson, a shop owner in the area but non-resident, appealed to the state government to turn the site into one of the neighbourhood markets. She believes this will further boost the economy of the area. She also pointed out that Soka is safe and that residents are living in peace.

Bolaji Yussuf, a 25-year-old resident, also said the area was safe, and that people should feel free to come into the community for whatever reasons they have to. “Soka is safe,” he said.

The area is an industrial zone, and the exact location of the forest, he pointed out, is ‘MacMillan’. The name ‘Soka’, according to him, is just being dropped because it is the only popular location closest to the forest.

Soka (from which the area got its name), he said, “was a petrol station. The station, under the management of new owners, is now known as Doyin Petrol Station.”

According to Adegbile, there was a particular time lunatics were being taken to the building, ostensibly for rehabilitation. He appealed to the state government to site social amenities in the place. This he said would prevent the location from being taken over by miscreants.

He also said Soka is now safe as policemen constantly patrol the area.

Another resident, Olawale Smith, who is the Chief Security Officer of Ireakari Estate, one of the zones in Soka community, said sometimes in October, 2012, he, having been informed by a friend who lives close to the forest, went to the place where he sighted five destitute persons – two men and three women.

He said he wrote a petition to the Chairman, Oluyole Local Government Area, who he expected would forward it (the petition) to the governor. He alleged that under the former governor Rashidi Ladoja administration, approval was granted Nigerian Breweries to use the site as a toxic waste dumpsite.
He said the interview he granted a national newspaper prompted the former governor Alao-Akala administration to threaten closing down Nigerian Breweries, and that even the state-owned Broadcasting Corporation of Oyo State (BCOS) covered situations at the site. He said it was the Ajimobi administration that eventually stopped Nigerian Breweries from going ahead with their plan.

Smith appealed to Governor Ajimobi to make good his promise of March 24, to use the place for meaningful social amenities. He urged the governor to reconstruct the bridge that was pulled down during the channelisation of the Ogunpa River.

Mr. Olusegun Adepoju, the Public Relations Officer of Arowona-Adegbeye, one of the zones in the area and the zone nearest to the forest, urged the state government to quickly find a good use for the site before it is taken over by miscreants.

The First Vice President of the Soka Community Development Association, Pastor Oluwafemi Ogunwomoju, also made the same call, insisting that the place is now safe. He added that the clearing and demolition of the whole place should be done quickly now that forensic investigations have been concluded.

Chief Babajide Olugbenga, Chairman, Irewolede Estate, commended the state government for facilitating constant patrol by operatives of the Operation Burst, saying this, coupled with the internal security arrangement made by residents around the area, had furthered improved security.