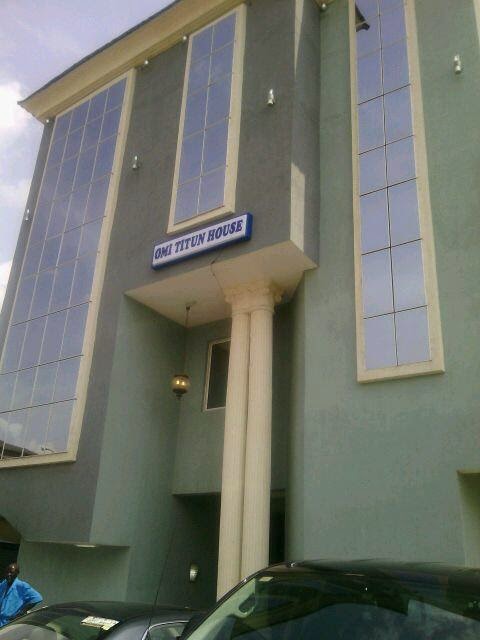 Omi-Titun House, the campaign headquarters of Engr. Seyi Makinde, a gubernatorial aspirant of the People Democratic Party (PDP) was raided by police officers from the State Criminal Investigation Department (CID), Iyaganku.
In a statement posted on his social media page and gotten by IBPulse.com, Makinde said the policemen came with a search warrant and were led by Inspector Dele Fakayode who claimed the Nigerian Police was informed they (the campaign organization)  were hiding arms and hoodlums in its office located at Iwo Road in Ibadan.
Read Engr. Seyi Makinde’s statement in full below:
At about 11:30 yesterday morning, a team of fully-armed officers and men from the State CID, Iyaganku Ibadan came to our Omi Titun Campaign office along Iwo Road, Ibadan. Their leader, one Inspector Dele Fakayode produced a search warrant. He claimed they had information that we were hiding arms and hoodlums in our building. Those on ground, including Chief Mike Akinfenwa, Director of Admin and Rt. Hon Kehinde Ayoola, Director of Research and Planning cooperated fully by making every room and office in the building accessible for search.
Even rooms whose keys were not readily available were voluntary broken down just to show that we have nothing to hide. At the end of the search, nothing incriminating, no weapon or hoodlum or thug was found in the premises. This was clearly reflected in the report of the police team that came for the search.
However, it is regrettable that some overzealous officers rough-handled some of our campaign office staff and supporters alike who were genuinely in the building to hold their meetings and do some other duties at the campaign office. It must be stressed that Section 40 of the 1999 Constitution, as amended, guarantees freedom of lawful association and/or assembly. No citizen of Nigeria should therefore be molested in the lawful pursuit of this inalienable right.
I salute the unbending spirit of our supporters who were physically on ground at Omi Titun House yesterday and thousands of others who showed concern. I am further encouraged to press on in this struggle to entrench verifiable progress and visible development in our dear Oyo State come 2015 as opposed to a government of wanton arrogance, egregious elitism and husband/wife buffoonery.
In related development, Engr. Seyi Makinde today addressed journalists at the campaign office where he spoke on the police raid of his campaign office and commended members of his campaign organization that were present during the raid.

I salute the unbending spirit of our supporters who were physically on ground yesterday and thousands who showed concerned.
— Engr Seyi Makinde (@OmiTitun) March 19, 2014

The campaign office will be inaugurated on Saturday 29th March, 2014.
As the electioneering process kicks off, stay with IBPulse.com for intensive, thorough and unbiased reporting and coverage.
No Result
View All Result