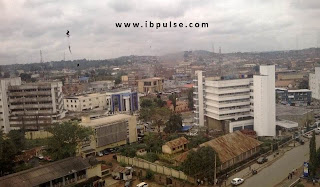 Privately owned media houses in Ibadan have been commended for portraying a better image of the ancient city. Olufemi Babalogbon, Chairman organizing committee of TedxBodija stated this in an exclusive interview with IBPulse.com.
According to him, the media houses are contributing to the socio-economic growth of the city. He specifically mentioned Splash FM 105.5 and Beat FM 97.9.
“We should appreciate stations like Splash FM, Beat FM and other private owned media houses in Ibadan. They’ve been able to paint a better image of Ibadan, also project the Ibadan brand and it is helping a lot,” he told IBPulse.com.
According to him, the stations in addition to efforts of the government at making the city peaceful and attractive to investors had significantly made the Ibadan brand more attractive.
He said: “Looking at Ibadan, it has been one of Africa’s largest cities, it has been the hub of civilization in Nigeria – has Africa’s television station but there have been setbacks. What is happening in Ibadan now with new government is quite impressive. There has been a lot of development in terms of business expansion, the economy is growing.
“If you look at it, it needs to be balanced; we need to bring humanity to all what is happening so that we don’t get a fully urbanized Ibadan city where the majority of the citizens are suffering. So I said ‘okay, this is the time for you to bring a platform where both the old and young can interact, where the poor and the rich, literate and illiterate; people can share ideas about business, development, social entrepreneurship, which are the key to development of the economy of Ibadan’.
“The time is just now, everything is just defining that this is the right time to have TEDx in Ibadan, not just Ibadan, let the whole Nigeria and the whole world come to Ibadan to experience TEDx like never before in terms of quality, contents, and impacts.”
No Result
View All Result