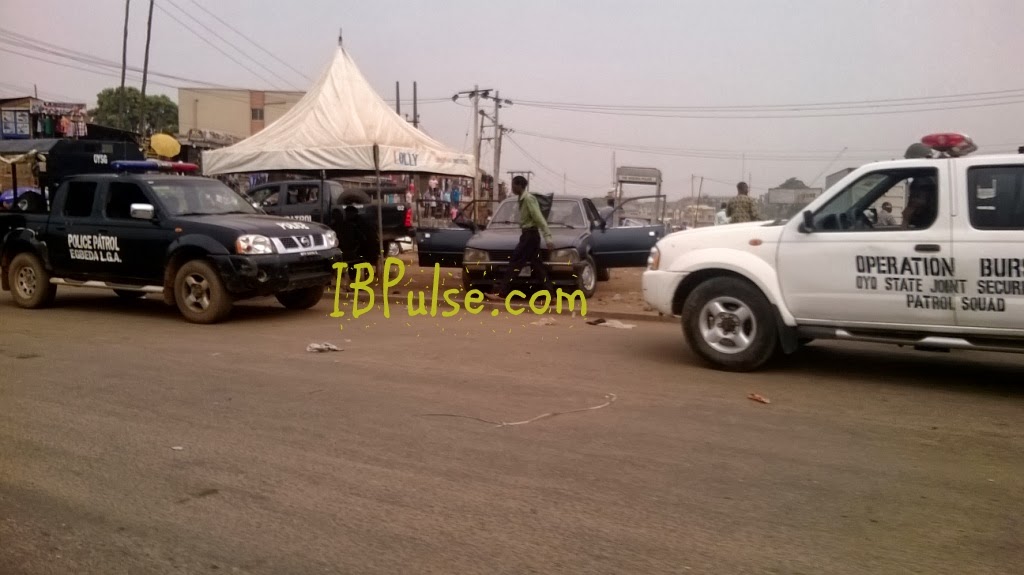 What could have become a free-for-all fracas was prevented by heavily armed law enforcement officers on Monday and Tuesday.

In what could have been a battle for the popular Iwo road garage by union members loyal to the incumbent chairman of the association in Oyo state, Fele, and erstwhile deputy chairman, Auxilliary.

Information gathered by IBPulse.com revealed that the Auxiliary faction threatened to cause havoc in the area.

Following a tip off, heavily armed security officers from different units assembled at various regions of Iwo road to enforce law and order, a move that was well received by members of the public who plied the route.

“Today was a great day in the history of security in Oyo state,” Mrs. Akinosun told IBPulse.com at Iwo road. “I thought it would be like in the past when thugs and touts were having a field day but the presence of the security officers made it impossible for the thugs to perpetrate their acts.”

On Tuesday, more security officers were drafted to Olodo area when it was reported that the thugs were regrouping. An armed personnel carrier popularly called armoured tank was sighted in the area in addition to more police vans and heavily armed security officers.